There were reports of more planes missing and the radio was mentioning bomb threats across the capital. I guess DC gets thousands of threats a day, but on that day they were taking them seriously — anything was possible. I called my parents back in Adelaide who had not heard of the news at this stage but were glad to hear I was okay. DC was a deafly quiet place for days afterwards.


It was a hallowing time to see such a powerful nation in mourning and it became hard not to see the world through their eyes. Locals embrace in New York next to a memorial for September 11 victims in the days after the terrorist attacks. We were on holiday as a family of four, having arrived on September 9.

We bought tickets for the observation deck at the WTC then and intended going there after breakfast on the 11th, but luckily for us the planes hit while we were having breakfast at a cafe on Broadway. Most things of interest on Manhattan closed and we spent the time wandering around - with F15 fighter jets patrolling the sky the whole time - while we were waiting to see if our flights to Orlando would happen. I was working near the Washington Navy Yard, actually just down the street. On the drive in, I heard the news that a commuter plane had hit the World Trade Centre.

I thought, not a big deal, twin-engine Cessna, maybe a Dash 8? A B hit the Empire State Building in - a terrible thing, but not a crisis. As I reached the car park entry word came through that a plane has crashed on the helicopter pad at the Pentagon. I rushed up to see the smoke rising from the Pentagon. Everyone was at the window; many of of my co-workers had worked there or had friends and family working there.

At this stage, the mood became decidedly edgy. There was a rush to the lifts and the stairs. The rush was not at the pace of young men racing to their Spitfires during the Battle of Britain, but it was close. The drive home that normally took 1. Overhead F fighters roared low; I suspected that was deliberate to improve the mood of the people.

Seeing the jets certainly improved my mood. A few days later, there was a small memorial come 'national spirit' gathering on our street. The next door neighbour very carefully asked if we, the foreigners on the street, would like to come along. We said yes, as Australians had died and our two children were American.

Her smile was on the verge of tears. In the months that followed, the Patriot Act was quickly passed and it became clear that working in the US defence industry as an Australian had no future. Looking back I agree with the much lambasted idea that the fall of the twin towers was the high point of the American empire. My husband and I had sold up and were moving back to Sydney after seven years in Ireland. We had booked a week in New York on our return journey before arriving home in Sydney. We woke late on the morning of September 11, our last morning in New York, as we were due to fly out at 3pm that day.

My husband turned on the TV and I looked out the window. It was a perfect day - deep blue sky, sunshine and warmth, and not a breath of wind. I looked out the window, straight down Lexington Avenue and saw an enormous mushroom cloud hanging in the sky. At that very moment the report came on the TV news of one of the twin towers being hit by a plane. As we watched this story unfold I returned again and again to the window to look at the enormous cloud hanging in the sky - the cloud of smoke from the first tower being hit.

We watched the TV and they appeared to be showing a replay of the plane hitting the tower, only this time the picture coincided with an enormous noise I heard outside. We looked back at the TV and it was then that we realised the second tower had been hit and we had heard it. When news came through of other targets and planes being hijacked it felt like we were in a war zone.

It was petrifying. From then on the entire day was chaotic as best. Looking out our window on Lexington Avenue, the road had been closed for emergency services and the constant sound of sirens was heard all day and for most of the night. Reports on TV were plenty but solid information hard to distinguish.

It was impossible to get through to anyone at home, phone lines were jammed. New reports advised the public to stay indoors and close the windows, there were rumours of asbestos in the air.

After getting the lift downstairs to speak with staff at the hotel desk, we asked to speak with the manager. Unbelievably all he was interested in was whether we had enough cash to pay for additional nights of accommodation as we would "not be going anywhere for a number of days as the city had completely shut down". For the next two days when we did venture outside for a brief time you could feel a fine dust in the air. Walking through Central Park you could almost forget what had happened, however once you ventured back onto the streets people's faces reminded you.

I remember being in a bar, possibly on September There had been no word from President Bush and no-one knew where he was.

We naively questioned this to a local next to us at the bar, whom we had been chatting to. It felt like the entire bar turned on us, in defence of their president. Simple questions, "Where is the president? Why doesn't he make a statement? 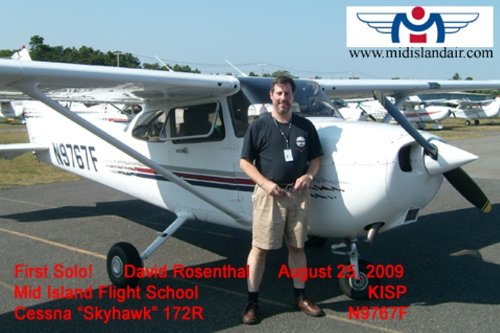 I still don't understand it. Eventually after five days and on the third attempt at trying to get to the airport we managed to fly out of New York.

An unforgettable visit. I was at a conference in Washington DC, which lasted the week.

Obviously I got to stay a little - about four days from memory - longer. Memories include:. I was in grade eight at my middle school in Fairfax County, Virginia. I was in second period and there had been rumours about an attack in New York and at the Pentagon, and my English teacher stopped class right at the start and pulled the TV out to turn it on. When we saw an update on the Pentagon she called her husband who had been working there.

I realised as well my dad was with the Australian prime minister at the time, and they were meant to be flying to New York at some point.


I had to line up with a whole bunch of other kids who were calling their parents to see if their family was alright. Seemed like forever until I got on to my mum and heard my dad was safe in the basement of the Australian embassy.

See Maps Showing Where FBI Planes Are Watching From Above

It still unnerves me seeing footage of the attacks and everyone's reactions over the day and following days. I still remember how we all got let off to go home and sat in front of the TV, just watching the news and the attacks being replayed. It was so emotionally draining over that day and the next.

I worked in the Australian Embassy in DC. My wife and I lived about two miles as the crow flies from the Pentagon where AA77 crashed.

She described it as feeling like a truck ran into our apartment block - but, of course, in the US buildings are not constructed as strongly as in Australia.